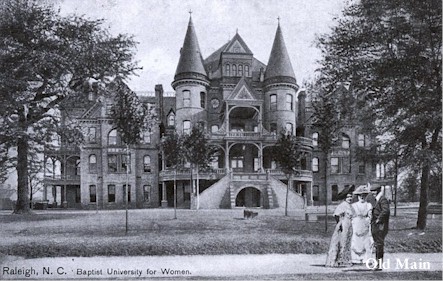 In September 1899, when Baptist Female University (renamed Meredith College in 1909) opened, the library was one room on the second floor of Main Building. Like most college libraries at that time, the small size of the collection made a separate building unnecessary.

In an 1899 Biblical Recorder editorial, Trustee Josiah W. Bailey asked for donations, promising to purchase “150 of the very best works” for each $100 contributed to the library fund. The first person to donate books was another trustee, Rev. C. B. Justice, who gave a leather-bound set of Encyclopedia Britannica. Faculty members also helped, and by 1900 there were 650 volumes. In just two years, this number surpassed 1,000. 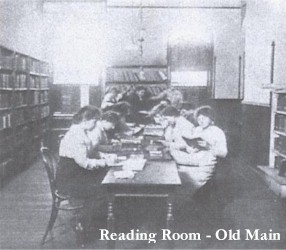 The Catalogue of 1899-1900 noted hours: “The Library and Reading-Room are kept open morning and afternoon, except on Sundays and holidays.” Students also had access to the collections of State Library of North Carolina and Olivia Raney Public Library, both nearby in downtown Raleigh.

Books at Meredith were on open shelves, organized by courses. In 1910, the collection of 2,500 books was reclassified according to the Dewey Decimal System, and a card catalog was created. Various faculty members served as part-time “curator” of the library until 1911 when the college hired the first full-time librarian, Emma Moore Jones. 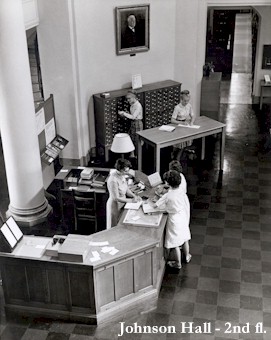 In 1926, when Meredith moved to its present location, the library was on the second floor of Johnson Hall, where it remained for more than 40 years. Although this library had a capacity of 20,000 volumes, as students, faculty, and courses multiplied, the space became inadequate. As early as 1944, a new library was among the goals of fund-raising campaigns. 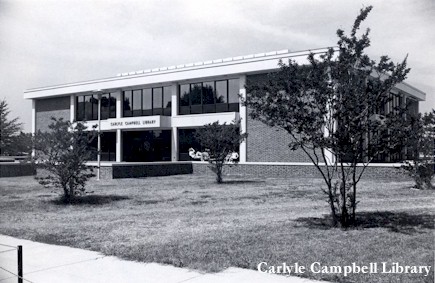 It was not until 1967, however, that ground was broken between Joyner and Hunter for a new library. Carlyle Campbell Library, named for Meredith’s president from 1939-1966, was dedicated in 1969 on Founders’ Day.