The Friends of the Carlyle Campbell Library occasionally co-sponsor Quail Ridge Books author events. These programs take place on the Meredith campus, usually in Jones Auditorium or Jones Chapel.  A limited number of free tickets are available to Friends members on these occasions.  Learn more about Quail Ridge Books by visiting their website.

The Quail Ridge Books partnership with Friends of the Library has brought some outstanding authors to our campus. These include:

We are pleased to announce our next Quail Ridge Books
Partnership with The Friends of Carlyle Campbell Library
Sunday, March 1, 2020
Jones Chapel

Contact the Carlyle Campbell Library (919)760-8531or Rachel Porter (raporter@meredith.edu) for your ticket 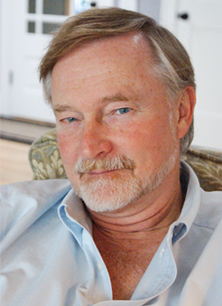 Quail Ridge Books and Meredith College Friends of the Library are proud to host Erik Larson, the #1 New York Times bestselling author of The Devil in the White City and Dead Wake , at the Meredith College Jones Chapel on March 1, 2020 @ 2 p.m.

Erik Larson is the author of five national bestsellers: Dead Wake, In the Garden of Beasts, Thunderstruck, The Devil in the White City, and Isaac’s Storm, which have collectively sold more than nine million copies. His books have been published in nearly twenty countries.

​Be on the look out for more exciting events with Quail Ridge Books!