Here's a link to information about Ham's appearance on the Rachel Ray show. 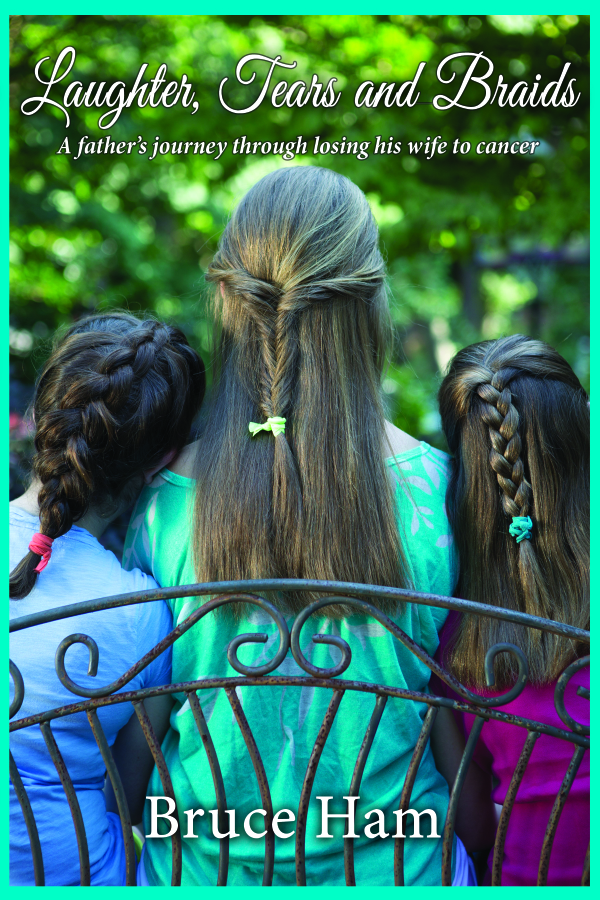 The Real Full House: Moving on ... one day at a time

Bruce Ham lost his wife, Lisa, to colon cancer in February of 2010 after only a six month battle with the disease.  His storybook life in tatters, he had little time to mourn.  The responsibilities of raising three daughters, ages 7, 9 and 12 at the time, simply wouldn't permit it.

Shortly after their mother died, the girls started watching the TV show "Full House.” Bruce says, "The show gave us hope and made us realize that a family could…put things back together and bring joy and happiness back into a tough, tough situation."

Finding a way to give Lisa's life meaning and purpose while preserving his daughters' connection with their mother resulted in Laughter, Tears and Braids. Bruce’s book poignantly reveals the epic struggle of a husband and wife raising their daughters even with the darkness of death dominating their lives.  Intimate, disarmingly humorous, sincere and profound, this is a true story of pain and sorrow that could not blemish the devotion of a husband, the loyalty of a mother, and the hope of the next generation.

Since his wife’s passing, the family has received tremendous help from local support groups and friends. Bruce and his daughters live in Raleigh where he is the Chief Development Officer for the YMCA of the Triangle Area.

At this dinner, we will also feature the artistic work of Meredith senior, Macy Allen. As part of the program, Macy will talk briefly about the works on display.

Macy Allen is an English major at Meredith obtaining her secondary teaching license and graduating magna cum laude in May 2017.  Macy was awarded the Norma Rose Scholarship for Excellence in English in 2016.  The series of portraits she completed in summer 2016 began as an undergraduate research project.  Visual Literature:  Writers and their Work originated from an 8 by 10 inch sketch of Mark Twain she completed in January 2016; the series expanded to fifteen 18 by 24 inch compositions of writers ranging from classical to contemporary.  The ultimate goal of this project was to illustrate the relationship between an author and his or her work  because it’s often noted that a writer draws from his or her experiences and personal beliefs and truths when writing.  Each author was chosen by a member of the Meredith English department, and the quote is embedded in the composition to highlight how intimate the writing process is for the writer.